Pakistani food is packed with a lot of spices and variations. The country is definitely diverse which offers a variety of amazing foods. For a tourist, it can be overwhelming to find which dishes to try which is why we will talk about the top 11 desi dishes of Pakistan.

You’re about to be amazed by the regional varieties of dishes that Pakistan has to offer. 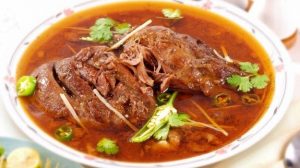 To start this list off right, I just have to talk about Nihari. This dish definitely is a game-changer with the consistency oozing and thick, so full of ultra-tender meat chunks literally floating in desi ghee. It has a deep red color from the spice and infused ghee. Pakistani cuisine would not be complete without nihari. In Punjab, nihari is eaten as breakfast however, in Karachi for instance, nihari is a dinner meal. This dish consists of meat (mostly beef and sometimes chicken) and the spice levels are also kept a little high (again, depending on which part of Pakistan you are eating nihari).

Nihari is eaten with naan (a thick bread form) and garnished with lemon, green chilies and ginger. This combination makes a mind-blowing nihari which will leave you wanting more. 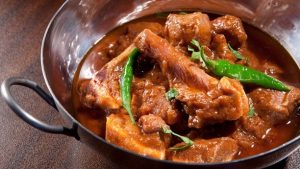 As the name suggests, mutton karahi consists of mutton and various spices. It has a different taste and texture than a normal karahi. Definitely worth trying! 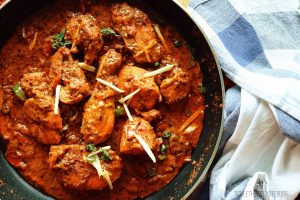 Pakistani’s one of the favorite dishes, karahi is typically made with mutton & chicken but also can be made with beef. This dish is close to our hearts and it is available all over the country. Karahi’s recipe is simple and starts with tomatoes and onions. After that, meat is added and mixed with tomato broth (which creates the magic). The spice level again differs from city to city, generally, it is a bit spicy and that’s the way we like it!

Also, many other versions of karahi exist in Pakistan, for example, shrimp karahi, and butt Karachi etc. 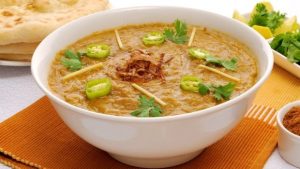 Haleem is a mixture of barley, different types of wheat and chickpeas. It is inspired by the Middle East and has its influence. People have been making and enjoying haleem for many years now and it never disappoints. It is normally eaten at breakfast or lunch. The best part about haleem is it can be eaten directly with a spoon or with a Naan. After having a good haleem your heart will be content. Karachi and Lahore have some of the best haleem places in Pakistan. 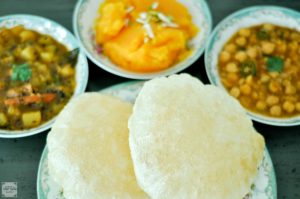 Pakistan’s favorite breakfast, without a doubt. Halwa puri is known to cause extreme satisfaction where you might find yourself being lazy after a good halwa puri. Most Pakistani’s enjoy halwa puri on a Sunday.

This dish consists of two different dishes, first is halwa – it is like a sweet pudding. Second is Puri, which is sort of like a paratha but much tastier. Along with halwa puri, you typically get a mouthwatering curry made of chana and pickles. 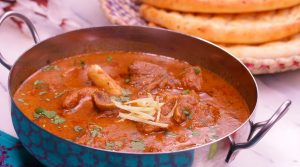 Mutton korma is famous in Punjab.  It is really beautiful curry with a rich texture and tender chunks of sheep, along with dark texture from red spices. 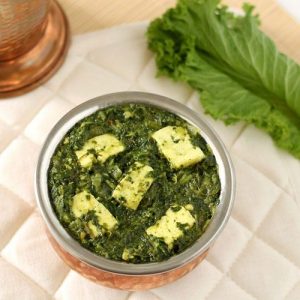 Saag means “mustard greens” and it is quite popular in the province of Punjab. Seasoning includes mint, coriander, and chili flakes, and usually includes generous amounts of glorious desi ghee. It is often served with paneer on top of saag. Absolutely mind-blowing! 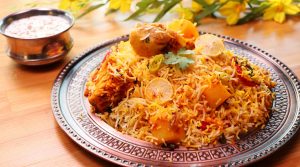 The word Briyani is derived from the Farsi word “Birian”. The dish got its name from the style of cooking (Dum). The dish was originally a Persian dish. When it comes to biryani in Pakistan fortunes are made and lost on it. When it comes to Briyani, there is no between, it like all in or all out. Biryani is like the heart of our country. It is the reason we go to the office on a Friday and get dressed up for a wedding on a Sunday. Biryani is how we express our happiness and sorrows. You’ll be treated with biryani at a wedding and you’ll still be having biryani when in a funeral. 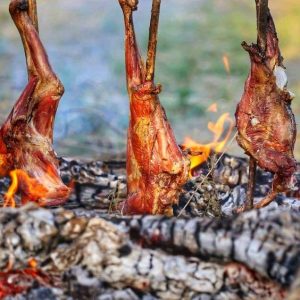 Sajji or Sejji is a very special type of Bloch cuisine food type, which has taken our food market by storm. This particular food type is made after skewing the meat of your choice (chicken or lamb) entirely making it unique and scrumptious. Originally Sajji or Sejji is made out of lamb, but people have customized it according to their taste bud and meat preferences. The entire skewed meat is cooked over the heat of the coal with a very minimal and special type of spices. 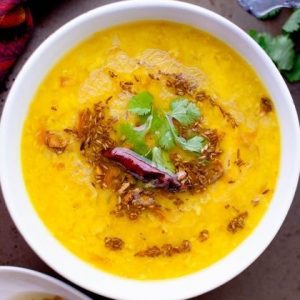 Dhal is a mixture of the flavor of an Indian impact, which now serves as the heart of Pakistan. This particular dish is served with boiled rice locally known as Daal Chawwal. You’ll find this dish served on the street to poor, and in the mansion of the elite rich class. You can find different varieties of Daal consumed in our country termed as Peeli Daal, Kaali Daal etc. 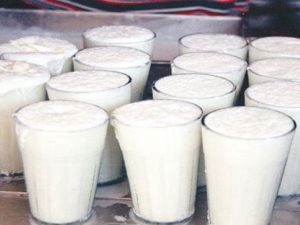 Lassi in Pakistan is quite famous around our country and is served sweet or salty. The drink is consumed in breakfast is sweet, whereas served in lunch or supper is salty. The consumption is highest in Punjab and is considered to rejuvenating and energizing.

Social media & sharing icons powered by UltimatelySocial
Near me
2 km